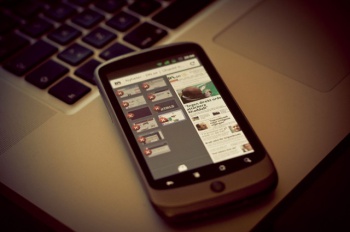 No more will carriers in South Korea be able to pre-load smartphones with unremovable bloatware.

Anyone who has ever bought a smartphone in pretty much any country has had to deal with "bloatware" - carriers loading their phones up with unremovable apps that sit there and suck up processing power. Well the days of carrier-sponsored bloatware are numbered, at least in South Korea, as the South Korean Ministry of Science, ICT, and Future Planning has announced a ban on the practice of mobile manufacturers and networks putting unremovable apps on smartphones.

Under the new law, carriers will be required to make all pre-installed apps deletable, with the exception of an app store, and apps that enable Wi-Fi connectivity, near-field communication, customer service. Previously, getting rid of those pesky bloatware apps required users to root their phones - a risky move that voided warranties and could "brick" their devices.

"The move aims to rectify an abnormal practice that causes inconvenience to smartphone users and causes unfair competition among industry players," said the ministry in a Korean-language press release.

This law will have no affect on iPhones, as Apple has famously never permitted carriers or networks to pre-install apps on the iPhone.

The press release added that users will also benefit from the regulations in terms of battery life and data storage.

Now if only the same kind of regulations could come to the rest of the world...