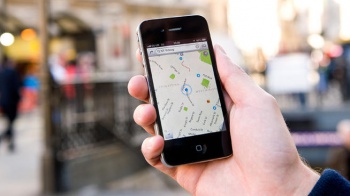 According to leaked documents by Edward Snowden, the NSA and GCHQ in the UK are reportedly scouring Angry Birds and other phone apps to gather personal data.

While news that the NSA is spying on gamers has been covered before, now phones and apps are at a bigger risk it seems. In a report by ProPublica in collaboration with The New York Times and The Guardian based on newly leaked info by Edward Snowden, it states that the NSA and Britain's Government Communications Headquarters (GCHQ) are collecting data from Rovio's Angry Birds and other phone apps that reveals a player's age, location, sex, marital status and other personal information. Among the most valuable of these unintended intelligence tools are the "leaky" apps that disclose everything from a user's smartphone identification codes, and where they've been during the day.

According to documents provided by Snowden, the NSA and its British counterpart have been working together since 2007 to collect and store data. Since then, the agencies have traded recipes for snatching location and planning data when a target uses Google Maps. Additionally, when someone sends a post to the mobile versions of Facebook, Twitter, Flickr and other services, address books, friends lists and geographic data embedded in the photos are also collected.

Some of the highlights of the report include:

- Smartphones almost seem to make things too easy for spy agencies: One secret report shows that just by updating Android software, a user sends nearly 500 lines of data about the phone's history and use onto the network.

- A 2010 British document suggests that the agencies collect such a huge volume of "cookies" - the digital traces left on a mobile device or a computer when a target visits a website - that classified computers were having trouble storing it all.

Unfortunately, the scale and specifics of the data mining are not clear, but seeing as apps like Angry Birds have been downloaded more than a billion times, it's certainly something worth taking notice of.