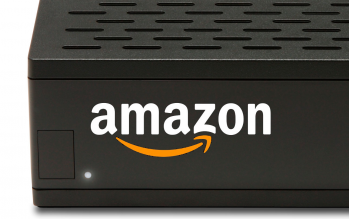 Online retailer Amazon is allegedly entering the console space with an Android console this year and will be priced at less than $300.

Are you limited with your console options with the Wii U, PlayStation 4, Xbox One and Valve's soon-to-be-released Steam Machines? If so, there's another gaming console to consider and this one is from online retail giant Amazon. According to VG247's multiple sources, Amazon will launch its Android-powered console later this year at a price below $300 and will allegedly compete directly with Sony, Microsoft and Nintendo.

The still unnamed console will be able to stream and download games, music, movies and TV shows, much like its counterparts out now today. Senior publishing sources are also said to be meeting with Amazon for a briefing on the hardware, with popular Android and iOS games being used to demo the unit. As for the console itself. it's said to be created in collaboration with subsidiary Lab 126, which also designed Amazon's Kindle devices. Reportedly, the demo unit being shown around is roughly the same size as the PlayStation 1 redesign, colored in gray, oblong in shape with sharp edges. Though it's also expected a makeover will take place before the console hits retail.

Rumblings of Amazon developing its own console started last year with the same specification that it will be run on Android. Of course, this isn't the first time a console has been released using the operating system, with the latest entrant being the OUYA which just dropped its price to $60 late last year.

Do you think the video game market can handle another player in the console wars, and how will Amazon triumph where others have failed?