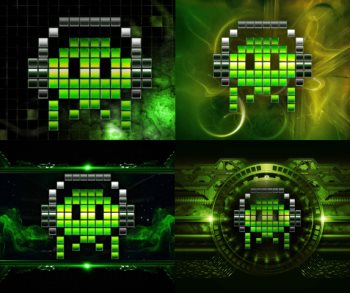 Video Games Live is looking for some help choosing the art for its next album cover.

Video Games Live is just a few weeks away from launching its next album, Level 3, but it still hasn't settled on the cover art. This is where you come in: Go to Facebook and choose from one of four possible covers, and may the best art win!

The images on display don't include the text of the title, and none of the four pieces of potential album art are terribly different from one another, which is kind of unfortunate. I was thinking that something in a flat black would be very cool, or maybe a picture of Tommy Tallarico standing naked, arms raised and hands held out, before a great, glowing red pentagram. Yeah, that'd be cool. Maybe next time.

Video Games Live: Level 3 was successfully Kickstarted last fall and is set to come out on February 18, with never-before-released tracks from games including Monkey Island, Street Fighter II, Skyrim, Journey, Shadow of the Colossus, Beyond Good and Evil, Silent Hill 2 and several others. The Kickstarter is long over but the backer tiers are still available for direct purchase for those who missed the boat, but will only remain so until February 1. You can throw your money in the hat at videogameslive.com if you want to get in on the action, or you can just tell 'em which cover art you like best on Facebook.