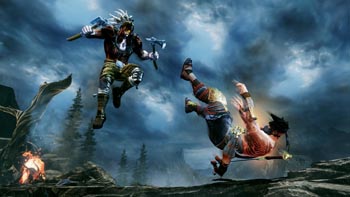 An upcoming update for Killer Instinct will send players who disconnect too much to "jail."

Double Helix Games will implement a curb to "rage quitting" in Killer Instinct when players frequently disconnect from a game because they think they're going to lose. When players have reached the set disconnect percentage, they are sent to "JAIL" for a limited time and can only be matched by other players in JAIL.

The plan was included in Double Helix Games' developer notes for the upcoming Spinal update. Players who have played in at least 10 matches who reach a disconnect percentage of at least 15% will be sent to JAIL for 24 hours, only fighting others in JAIL. Each time a player is sent to jail, the amount of time in JAIL increases by 24 hours, and its maximum duration is 5 days (120 hours). Players in jail will have their profile icons changed to a JAIL icon. This is removed once the JAIL duration is completed, but if players disconnect from a match with at least 15 percent disconnect percentage, it's back to the slammer. In addition, players who disconnect and get sent to JAIL will take a loss for that match.

A 15 percent is rather high, so it shouldn't affect any players who have a flakey internet connection that cuts out occasionally.

Other additions to the update include a new playable character, Meld informing the player of any updates upon Killer Instinct's startup, a leaderboards quick search, and an added practice mode position reset. There are also several general and character updates on the way.