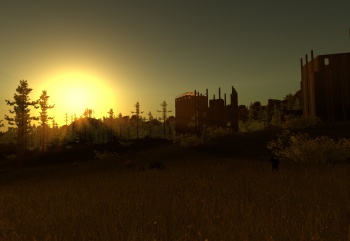 The incomplete alpha version of Rust has sold an astonishing 750,000 copies in just a month and a half, and Garry Newman doesn't seem quite sure why.

It's no secret that I dig Rust, the free-form survival game from Garry's Mod creator Garry Newman, but I'm not so hung up on it that I don't recognize its shortcomings. They're to be expected; it is, after all, an alpha release, so bugs, missing features, generally wonkiness and the occasional server wipe are all part of the package.

But that's not stopping people from throwing money at the thing at an absolutely mind-boggling clip. Earlier this month Newman said in an interview that Rust had sold 250,000 copies and made roughly 40 percent of what Garry's Mod has earned in its nine-year lifetime in just one month; in a status report yesterday, he revealed that the figure is now up to 750,000 copies sold and two-thirds of GMod's revenues.

"We are blown away by the popularity of Rust so far. It doesn't even seem real yet," Newman wrote. "Our original plan was to release on Steam Early Access, without making a big deal of it, and slowly build up a bigger fan base by releasing regular updates, until we reached a point where we felt the game was ready for a bigger audience - and then start advertising it and bringing more people in."

He described the game's "unjustified popularity" as both a blessing and a curse: A blessing, because every game developer wants to make a hit, but a curse because the tremendous amount of feedback and ideas flooding in is extremely difficult to keep up with. He also expressed concerns that a lot of people might see Rust as a near-complete product and be put off by its rough state as a result.

"We feel like we aren't making it clear enough that the game is Early Access. Rust is still in development. This isn't 95% finished, like a regular beta. This is 10% finished. We've got the bare bone foundations of a game here. We're still developing it," he wrote. "This isn't just is trying to make excuses for putting out a buggy game. This is how it is."

The incomplete, alpha-state but still remarkably playable Rust is available now through Steam Early Access - but consider yourself warned.