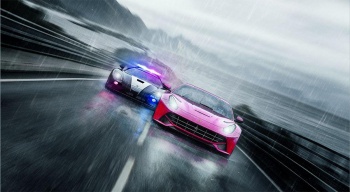 According to a report from Polygon, Need for Speed: Rivals developer, Ghost Games' UK branch, which is based in Surrey, has been hit with layoffs. It mentions that parent company EA has let go of contractors and told the remaining full-time staff that they can either take compensation and leave, or help Dead Space studio Visceral Games work on a "police-themed" Battlefield title -- allegedly codenamed "Havana" and is set for release later this year.

The report comes just weeks after EA confirmed that Criterion Games co-founders Alex Ward and Fiona Sperry had left their studio because they "wanted to work for themselves." Criterion, notably known for developing the racing franchise, Burnout, was originally in charge of the Need for Speed series before it was handed to Ghost Games.

Due to the layoffs, development on an unnamed entry in the Need for Speed franchise has allegedly been put on hold, while an anonymous source states that current plans is for Ghost Games, formerly known as EA Gothenburg, to take full development duties for future games in the racing series.

If the report is true, it's unclear at this point how many people have been affected by the layoffs. We've reached out to EA to ask for a statement regarding both the layoffs and on the alleged police-themed Battlefield game Visceral is working on.

Update: An EA spokesperson has told Polygon that the publisher has "entered a consultation period for some positions in our Ghost Games U.K. studio."