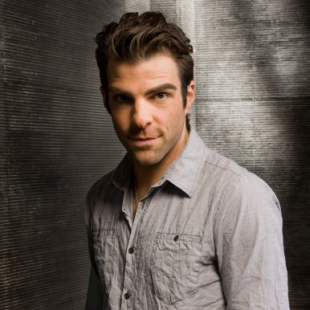 Zachary Quinto will be taking part in the sequel to 2007's Hitman.

It wasn't too long ago that we reported that Homeland actor Rupert Friend would taking on the lead role in a planned sequel to 2007's film adaptation of Hitman. Friend took the role after the passing of actor Paul Walker, who had previously been pegged for the part. Now, another actor has been confirmed for a role in the film, thankfully under less tragic circumstances.

According to recent reports, it would appear that actor Zachary Quinto will be joining the cast to play an, as of the moment, unnamed role in the film. Quinto, of course, is best known as Spock in the new Star Trek films. He's also well known for his portrayal of Sylar in the TV series Heroes and other rolls in shows like American Horror Story, among others.

Personally, while I still can't say I'll be lining up to see the new Hitman film, Quinto's participation does leave me at least a little intrigued. He is probably the best part of the new Star Trek films and his TV work has frequently demonstrated that he has what's needed to play a great villain. And if there was one thing the first Hitman could have used, it would have been a more interesting antagonist. Of course, we don't know just yet what Quinto will be doing in the Hitman sequel, but I'd love to see him pitted against Friend's Agent 47.