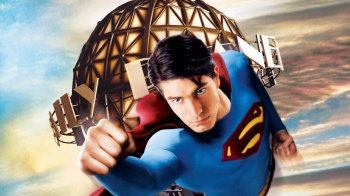 Bryan Singer mentions if he could do it again, Superman Returns would have been an origin story and he also wanted Darkseid in the sequel.

In the latest issue of Empire magazine, X-Men: Days of Future Past and Superman Returns director Bryan Singer was asked to weigh in on what went wrong in his vision of the Man of Steel. Singer states he thinks it was made for a "certain" kind of audience and that if he could do it again, he'd do an origin story and reboot the film franchise instead of picking up where the Christopher Reeve flicks left off.

Half of that I understand and half of it I never will...It was a movie made for a certain kind of audience. Perhaps more of a female audience. It wasn't what it needed to be, I guess. I think I could lop the first quarter off and start the movie a bit more aggressively and maybe find a way to start the movie with the jet disaster sequence or something. I could have grabbed the audience a little more quickly. I don'y know what would have helped. Probably nothing. If I could go again, I would do an origin. I would reboot it.

In the same interview, Singer also revealed that for the shelved sequel, it was to be titled Man of Steel, too, which he claimed his buddy thought of, and Darkseid would have been the main baddie.

We did explore it a little. Just hammering out ideas. I think Darkseid was going to be the villain. It was pretty world-destroying, actually.

Would you have been on board a Superman Returns sequel starring Darkseid or should we be thankful Zack Snyder's Man of Steel took its place?

Speaking of the next Superman film, Jesse Eisenberg and Jeremy Irons has been cast to play Lex Luthor and Alfred respectively in the tentatively titled Batman vs. Superman movie.