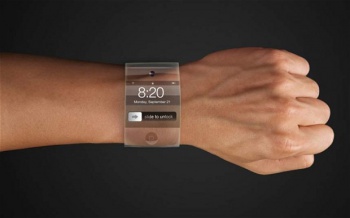 Apple is reportedly looking into inductive and solar energy for its rumored smartwatch.

In a report by The New York Times, it states that Apple is looking into new technological avenues to charge its devices. While the company's rumored smartwatch has yet to be revealed, unnamed sources have said that Apple is looking to implement solar and wireless charging for its still-unnamed timepiece.

Wireless charging -- or inductive charging -- which shot to the limelight last year with Google's Nexus 4 and Nokia's 920 line supporting the tech, is still an advancement not embraced by Apple's line of devices. As for the alleged smartwatch currently in development, sources are saying that it will have a curved screen, and that the Cupertino company is looking into equipping it with a screen with a solar-charging layer built in that will charge the unit when worn in daylight.

If the report rings true, don't expect it anytime soon, as it's quite a long away from hitting the consumer market, with one source saying, "experiments are years from becoming a reality."

Smartwatches that charge without cables? The prospect is certainly enticing, let's hope developers can catch up to the tech soon.

In other Apple news, the company sold 51 million iPhones and 26 million iPads in the last quarter alone, but it's still not enough to please analysts.

Note: Image shown is a concept of Apple's smartwatch and not an actual image of the device.