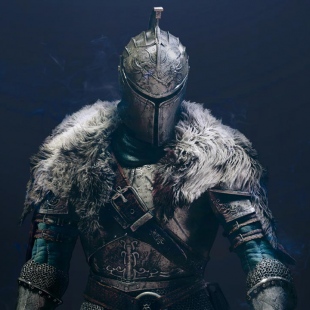 The ESRB's content description for Dark Souls include details about the game's bosses.

One of the best parts of Dark Souls is that terrible moment when you get your first look at a boss. You'll turn a corner or enter a new area and suddenly find yourself face-to-face with some unthinkable creature that you can just tell outclasses you in every way possible. More often than not, this moment will only last a few seconds (long enough to die), but it's a wonderful sort of dread that other games frequently struggle with.

That in mind, the ESRB recently released some content descriptors that could potentially spoil that feeling for Dark Souls II. In addition to describing the game's "dungeon-like setting" and "fantastical enemies," the group's descriptors also includes some specific details about the game's bosses. Among the spoilers is "a giant snake boss holding its severed head," a "boss creature composed of hundreds of corpses" and a "partially topless" boss character with "hair barely covering [her] breasts."

Now, to be fair, these aren't the worst spoilers we've ever seen, even from the ESRB itself. Likewise, chances are there aren't going to be too many Dark Souls fans flocking to the group's website to check and make sure the game is age appropriate. That said, you really do have to wonder if there could perhaps be ways for the ESRB to be a tad more discerning in what it reveals about the games it rates. Granted, we could also just not report about it, but clearly that's not going to happen.