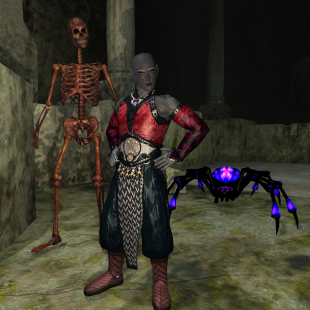 EverQuest II fans will be privy to weekly improvements with "something cool" coming out every month.

If you want to see the face of EverQuest's future, you need look no further than EverQuest Next and EverQuest Next Landmark. That being the case, even as the franchise's focus looks toward the future, it doesn't mean that Sony Online Entertainment is abandoning its past. Despite the fact that it's been running for more than 9 years, EverQuest II is still alive and boasts a sizable and dedicated community of players. SOE, in turn, is still working to keep those fans happy.

Case in point, SOE's director of development Dave Georgeson recently released a letter on the EverQuest II website detailing changes to the way that the company intends to improve and update the game going forward. Namely, where in the past the company had focused on delivering "four big updates a year" along with a smattering ones, it will now aim to "release regular improvements every week" accompanied by "something cool" every month. Outside of that, SOE will still work to deliver the occasional large, high quality expansion.

This change in the game's content schedule is being made to respond to user's "meh" reaction to the company's previous approach to updates. "Lots of content spread around the year seemed like a really good idea. It even seemed that it was at first as players got excited with the big pushes," said Georgeson. "The negatives didn't start to show until we'd been doing it for a year or so." Whether or not SOE's new approach to EverQuest II sits better with fans is something we'll have to wait and see.