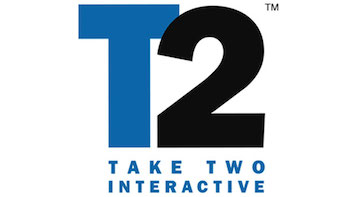 Despite posting a huge revenue gain and raising its full-year outlook for the third consecutive quarter, Take-Two Interactive's share price has fallen by almost ten percent.

Yesterday it seemed like good news all around for publisher Take-Two Interactive. The company announced that its year-over-year revenues for the third quarter had jumped from $405 million to $1.86 billion, it raised its full-year outlook for 2014 to $2.35 to $2.38 billion, it had record-setting results from its NBA 2K14 and Borderlands franchises, and its flagship title, Grand Theft Auto, proved as popular as ever over the holidays, with GTA V shipping 32.5 million copies.

But success doesn't always equate to success, and so it is that despite what appeared to be a very positive financial report, Take-Two's share price has fallen nearly ten percent, closing Monday at $18.90 and then opening Tuesday at $17.25, before sliding further still to $17.06 at the time of writing. According to The Street, the problem is that Take-Two's guidance for the fourth quarter fell below analysts' expectations; Take Two called for earnings between break-even and ten cents per share with quarterly revenues of $170 to $200 million, while analysts were looking for 13 cents per share and $219.2 million in revenue. That shortfall was enough to drive the share price down significantly.

In other news, I do not and probably never will understand how the stock market works.