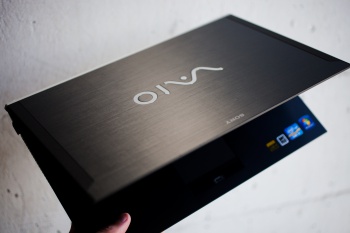 Sony might be looking to exit the PC business and it won't be Lenovo who's absorbing the divison as previously reported.

Following last month's news that a ratings firm have downgraded Sony's credit value to "junk" status, a report on Nikkei claims Sony is in talks to sell it's money-draining PC division to Japanese investment fund, Japan Industrial Partners, and concentrate its focus on smartphones. The investment company is said to establish a new entity that would take over Sony's entire PC division, with the sale price estimated to be 40 billion to 50 billion Yen ($391 million to $489 million).

Contrary to previous reports, Lenovo won't be the buyer of Sony's Vaio business. "A press report on February 1, 2014, stated that Sony ... is discussing with Lenovo Group the possible establishment of a joint venture for the PC business. As Sony has announced previously, Sony continues to address various options for the PC business, but the press report on a possible PC business alliance between Sony and Lenovo is inaccurate," Sony said in a statement.

If the buyout is true, the new company "would continue to sell PCs under the Vaio brand and also handle after-sales service," with Sony only taking a small stake in the firm, the Nikkei report states.