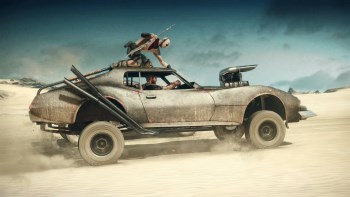 Just Cause director Christofer Sundberg wants to point out that the development of $60 AAA titles doesn't just stem innovation - it's draining profits all around.

Christofer Sundberg has been making games since he founded Avalanche Studios in 2003, and judging by the success of Avalanche's Just Cause series, it's turned out pretty well for him. That said, the industry has changed a lot in the past decade, and Sundberg seems concerned that the big-name publishers aren't adapting to the changing times. "It's really not healthy at the moment," he said in a recent interview. "Games have evolved, technology has evolved but as businesses we're still stuck where we were 15 years ago."

It's widely recognized that AAA game development is a risky market. Still, those big-budget games keep coming, in the hopes that one huge hit will make up for all the others that don't turn a profit. "Very few traditional $60 games make any money," Sundberg says, "and what used to make sense doesn't anymore. Publishers and developers very rarely see a return of investment from a 5-8 hour long game."

Interestingly enough, Avalanche is currently developing Mad Max, a AAA action game for current- and last-gen consoles and PC. Sundberg is cautiously optimistic. "It's a bit early for me to feel comfortable," he says. It's worth noting that the Swedish studio also has a couple other projects in development, so a financial letdown on Mad Max hopefully won't sink the whole company.

This isn't to say that there's no value in big games anymore. Sundberg praised Titanfall and Destiny for their innovations, so it seems like the key to a healthier industry isn't any specific price point - it's making sure developers can afford to take creative risks.