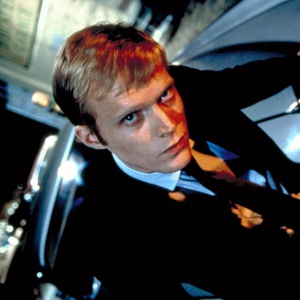 The Avengers 2 gets its android hero.

After months of speculation which at one point included the likes of Vin Diesel and Marvel's Agents of S.H.I.E.L.D. star Clark Gregg, actor Paul Bettany has been cast as Vision in The Avengers: Age of Ultron. Bettany is best-known in the U.S. for roles in A Beautiful Mind, The Da Vinci Code, and the British crime drama Gangster No. 1.

Debuting in 1968, Vision is an android built by the villain Ultron as part of a plot to kill Hank Pym, otherwise known as Ant-Man who, incidentally, happens to be the creator of Ultron. (Yeah, it's convoluted.) One of the earliest foes of The Avengers, Vision was quickly convinced to change sides and has ever since been associated with the super hero team, most recently appearing in the ongoing Avengers A.I. series. The character is romantically linked to The Scarlet Witch, to be played in Age of Ultron by Elizabeth Olsen.

Bettany also provides the voice of artificial intelligence program J.A.R.V.I.S. in the Iron Man films. While no connection between the two roles has been announced, an Ant-Man film, directed by Three Flavours Cornetto trilogy and Scott Pilgrim vs the World helmer Edgar Wright, takes place after the events of Age of Ultron, making it unlikely that Vision's comic book origins will be adhered-to strictly.