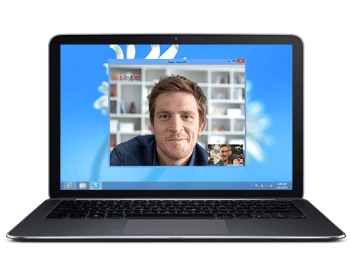 Dualshockers reports that version 6.09 of Skype has been hogging processing power, but the new build version 6.13 resolves the issue.

Giuseppe Nelva at Dualshockers reports that Skype version 6.09 is responsible for slowing down gaming PCs over the last few months. Nelva reports that Skype version 6.09 had a severe incompatibility with Google Chrome set as the default browser. The incompatibility resulted in additional load on the CPU, cutting framerates and performance in video games. Fortunately, the answer seems to be manually upgrading to version 6.13 of Skype, but that's cold comfort for gamers who may have spent the last three months facing poor performance. Skype version 6.13 was released January 22.

Have you experienced a similar slowdown because of this version of Skype? I haven't been able to test Nelva's report on my PC, but the screenshots he provides are pretty convincing. If you have been experiencing stutters or instability in the last few months, and you run Skype and Google Chrome, it sounds like updating Skype might be a good call.