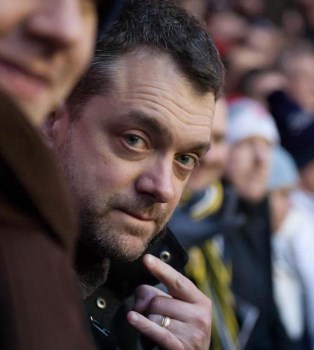 Jason Holtman, the former head of Steam who joined Microsoft last summer to help push Windows as a gaming platform, has left the company after just six months.

Jason Holtman departed Valve under something of a cloud, but his arrival at Microsoft was nonetheless a big coup for the company. He was, after all, the director of business development at Valve for eight years, which meant that he was effectively the man behind the wheel on Steam, and given Microsoft's infamous and ugly flailing in the PC gaming arena over the past several years, he seemed like just the man it needed to get itself back on track.

But it appears that the relationship has come to an end after a surprisingly short stretch. Holtman's LinkedIn page says that his tenure at Microsoft, where he was responsible for "PC gaming and entertainment strategy," came to an end in January. He also posted an update on his Facebook stating that he's left his job at Microsoft.

While the reasons for his departure remain unknown, it's hard not to see it as a blow to Microsoft's PC gaming ambitions. In conjunction with the decision to finally let the notoriously awful Games for Windows Live platform wither and die, Holtman's hiring was seen as a real, meaningful step toward establishing relevance in the PC milieu. But with him out of the picture, and nothing of note having changed, it looks like either Microsoft isn't as committed to the cause as it let on, or that the situation behind the curtain is even worse than it appears to those of us on the outside. Either way, it's not a good turn of events for gamers.

We've reached out to Microsoft for more information on Holtman's departure and will update when we can.