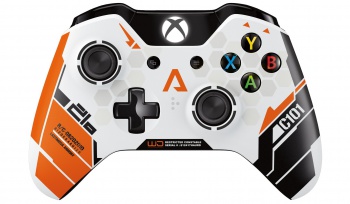 Microsoft is willing to bend over backwards to ensure Titanfall's launch is as smooth as possible.

Titanfall is one of Microsoft's upcoming big hitters, being exclusive to the Xbox One, Xbox 360 and PC, and being developed by members of the legendary team behind the original Call of Duty. Suffice to say, the tech giant has a lot riding on Titanfall, and so when its devs say "jump", Microsoft asks "how high?" According to Titanfall design lead Justin Hendry, the team ran into a problem with the Xbox One's controller, which when bought to its attention, Microsoft was eager to remedy.

"It's just fixing the controller input, really," he tells The Verge, adding that the team worked with Microsoft on the solution. "It wasn't really where we felt it should be; it was a little overly twitchy with the current controls. Now it's fixed. We're happy with it."

For those of you wondering when you can experience these controller tweaks yourself, according to a Microsoft spokesperson, the tweak will be part of the February update to the Xbox One, and will automatically take effect whenever an Xbox One controller syncs with the console. Specifically, it will "increase the sensitivity of the outer boundaries of the thumbsticks on the Xbox One controller."

Furthemore, Hendry also says Respawn is working with Microsoft on a new version of the console's upscaler - the protocol that converts games rendered at sub-1080p resolutions to work on full HDTVs.

It looks like Microsoft is betting quite a lot on Titanfall, to the point where it is willing to change the controller it reportedly spent $100m developing, to better accomodate the games. Hendry assures gamers that it won't just be Titanfall that sees the benefits of this update, but all Xbox One games.