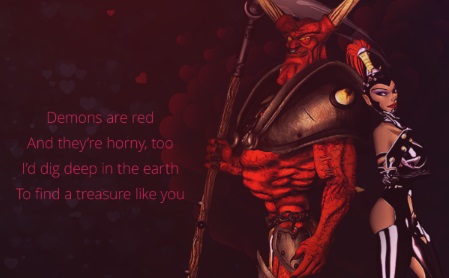 The good folks at GOG are celebrating Valentine's Day with a free copy of Dungeon Keeper Gold for everyone and a pretty solid sale, too.

You have no doubt heard about EA's new free-to-play take on the classic Dungeon Keeper, which has not gone over particularly well with some critics. Our own Jim Sterling, for instance, described it as "a perversion of a respected series, twisted by some of the most soulless, selfish, and nauseating human beings to ever blight the game industry," which is maybe a bit harsh, but I can't argue with the underlying sentiment. It's just not good.

The original Dungeon Keeper was good, however, and GOG, never one to miss an opportunity to score some easy PR, has decided to vacuum up some gamer karma by giving it away as part of its Valentine's Day sale. It's Dungeon Keeper Gold, actually, which includes the Deeper Dungeons expansion pack; it also has the sequel, Dungeon Keeper 2, on sale for $1.49, and a bunch of other stuff marked down to the cheap.

Despite seeming to play on EA's rough ride with the mobile Dungeon Keeper, GOG said the free game is "courtesy of the fine folks at EA," although it's hard to say whether that's because they were involved in the decision to give it away or just happened to be the company that originally published the thing. Either way, free game! And some other good deals, too - but only until 6 am EST on February 16.