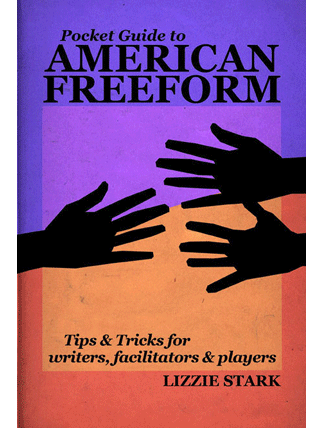 The bundle includes a guide to what, precisely, the American Freeform genre of live action game is.

The Bundle of Holding - indie tabletop gaming's answer to the ubiquitous video game indie bundle - has lined up a fascinating new offering focusing on the burgeoning American LARP community. While Nordic designers have been offering up quirky, interesting LARPs for years, American designers haven't been doing similarly until recently. The new American scene is characterized by very focused short stories, described by the bundle as being "as much improv theater as gaming." It should be a very interesting bundle for many American LARPers, as more often than not it moves far outside the familiar spheres of vampires and wizards. As always, part of the proceeds to to charities of the designers' choice.

The bundle includes some fascinating entries from veterans of the indie tabletop scene, including Meguey Baker (Psi*run) and Jason Morningstar (Fiasco, Durance).

Here's what's included, as described by the bundle:

For just $4.95, you get our core collection of eight games and books:


And if you pay more than the current threshold price, you'll also receive a collection of four top-quality bonus games: