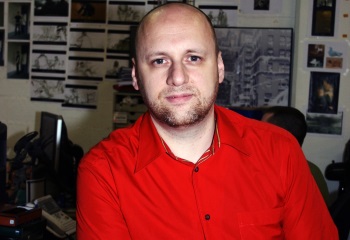 Heavy Rain and Beyond: Two Souls creator David Cage will receive the Legion of Honor, France's highest decoration, in March.

David Cage founded French game studio Quantic Dream in 1997 and helmed the development of Omikron: The Nomad Soul, Fahrenheit (better known to U.S. gamers as Indigo Prophecy), Heavy Rain and, last year, Beyond: Two Souls, starring Ellen Page and Willem Dafoe. It is perhaps not the most prolific oeuvre imaginable, but his work has been well-received critically and France has decided to recognize his contribution to culture by awarding him the Legion of Honor, the nation's highest decoration.

It's likely that the honor has been bestowed on Cage not just for the success of his games, but for his loyalty to France as well. A September 2013 article in Le Figaro noted that while many other developers had opted to move to nations offering more generous tax credits, Cage stayed put, keeping Quantic Dream "first and foremost a 100 percent French studio."

Cage will be the first member of the video game industry to earn the honor, which was established by Napoleon Bonaparte in 1802. He will join the order as a Chevalier (Knight), which requires 20 years of public service or 25 years of professional activity and "eminent merits," according to Wikipedia. The decoration will be presented by Fleur Pellerin, France's Deputy Minister for Small and Medium Enterprises, Innovation and the Digital Economy, in a ceremony on March 13.