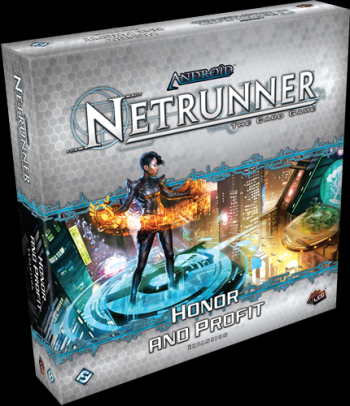 The previews include a sample Jinteki deck build called "Bait and Blast."

News about Android: Netrunner's newest deluxe expansion has been scarce since December of last year, but Fantasy Flight posted a new preview today including spoilers of the three new alternate identities for the Jinteki corporation. The new Jinteki identities for the set are one focusing on early game victory, one rewarding defensive play, and a third focusing on Jinteki's special Psi strategies.

Interestingly, the types of strategies the expansion is appearing to cater to go alongside the announced goals for the upcoming The Lunar Cycle series of data packs, encouraging players to try new and different strategies. It's an interesting move, and likely an attempt to counter complaints by some players that particular strategies dominate the game. The last expansion, Creation and Control, ushered in a period of Haas-Bioroid corporate dominance. It'll be fascinating to see if Honor and Profit does the same for Jinteki. It certainly won't help the winning streak that Criminal decks are seeing right now.

Honor and Profit is a 165 card expansion focusing on new cards for the Jinteki corporation and the Criminal runner faction. It is set to be released in Q1 2014.