And an Android KitKat update for the original Tegra Note 7 is now available. 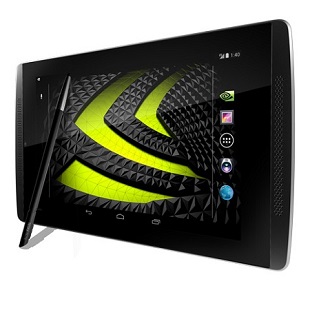 Nvidia's Tegra Note 7 is powerful, small, and relatively inexpensive at $199, but a lack of LTE support certainly leaves some tablet power users wanting for more.

If 4G support is high on your tablet must-have list, Nvidia just announced the new Tegra Note 7 LTE variant. The "new" model is the original Tegra Note 7, but with Nvidia's i500 LTE radio added in. The i500 offers LTE and HSPA+ support, and Nvidia says the hardware will work with carriers all over the world, including Verizon, T-Mobile, AT&T, Vodafone, O2, and Orange.

The LTE-equipped model comes at a premium: $299, a full $100 more than the mobile broadband-less version. You still get some powerful hardware for the money, however, including a Tegra 4 SoC, 16 GB of storage (with a microSD slot for expansion), a seven-inch 1280x800 IPS display, 5 MP camera, and a stylus with two specialized tips (chisel and brush). You'll also get Android 4.2.2 (KitKat) when the Note 7 LTE ships in Q2.

For those rocking the original Tegra Note 7, you're getting some good news today as well. The latest OTA update for the original Note 7 will upgrade the tablet to Android 4.2.2. Along with the refinements that come stock in KitKat (new Hangouts, better resource management, etc.) Nvidia's added its new Gamepad Mapper to the Note 7 OTA. The software can assign touchscreen gaming controls to the physical buttons on your Bluetooth controller of choice.

Both Tegra Note 7 variants are eVGA-branded in the US, while other vendors (Gigabyte, Zotac, Dixons) will brand the tablet as their own around the world.