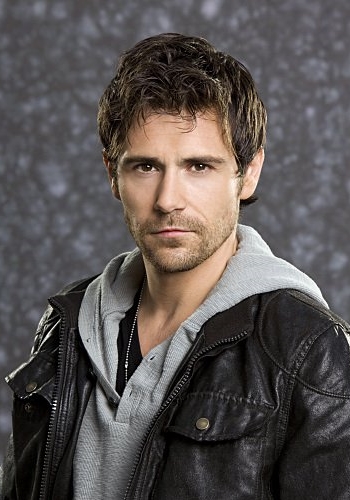 Constantine, the upcoming NBC series based on the DC Comics character, will star Matt Ryan as the cynical occult detective.

Deadline reports that NBC is finalizing a deal with actor Matt Ryan to play the lead in the pilot for Constantine. NBC greenlit the pilot in January. No other cast members have been announced. Ryan is known for his role on Criminal Minds: Suspect Behavior and as the voice of Edward Kenway in Assassin's Creed IV: Black Flag.

Deadline describes NBC's John Constantine as "a working-class Londoner with rakish good looks, scruffy blond hair, deadpan humor, and signature trench coat, who has been studying the dark arts since he was a teenager." This description is much closer to Constantine's appearance in the Hellblazer and Constantine comic books than the 2005 film starring Keanu Reeves. Constantine first appeared in Alan Moore's Swamp Thing, and later got his own title in DC's Vertigo line. In 2012, Constantine joined DC's The New 52 roster. Notably missing from the NBC description is Constantine's chain-smoking habit, which fans have speculated would not make it into the television adaptation.

David S. Goyer, who wrote Man of Steel, will serve as executive producer for Constantine, and co-wrote the pilot with Daniel Cerone. Cerone's credits include writing for The Mentalist and Dexter. Goyer has written several DC adaptations for film, including co-writing credits on The Dark Knight, The Dark Knight Rises, and the upcoming Batman vs. Superman.

DC's Arrow television series has been successful, and DC is looking to expand its television presence. Afterall, DC has Marvel's Agents of Shield and upcoming Netflix-only releases to compete with. An Arrow spinoff featuring The Flash is in development by The CW. Gotham, a Batman-prequel that follows the early career of Commissioner Gordon, is also in development with Fox.