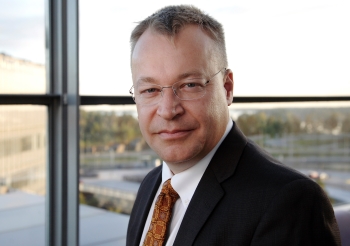 Stephen Elop will head Devices and Studios division, with Julie Larson-Green leaving her role to serve as Chief Experience Officer for Microsoft's My Life & Work team.

"As hard as it is for me to leave Devices & Studios, I'm thrilled about this opportunity," says Larson-Green in the memo. "I'm looking forward to developing the Digital Life & Digital Work Experience Substrate that powers modern digital experiences regardless of device, as well as working across [Applications and Services Group] to strengthen customer experiences." Larson-Green also made note of the work accomplished during her time as head of the Devices and Studios division. "I want to thank each and every one of you for welcoming me and supporting me as the leader of Devices & Studios over the past 7 months. I'm very proud of what we have accomplished during such a short timeframe. We launched Xbox One, Surface 2 & Pro 2, blockbuster games like Forza and Ryse, a brand new Xbox Music and Video service, PPI, and some amazing unannounced innovations just to name a few - incredibly impressive!"

Larson-Green will continue to lead the Devices and Studios division until Elop joins Microsoft. Elop is no stranger to Microsoft. He previously worked as Microsoft's Business Division before moving on to become CEO of Nokia. Elop was also one of the eight candidates considered to replace Microsoft's Steve Ballmer. Satya Nadella, a twenty year Microsoft veteran, was selected and appointed as CEO on February 4.