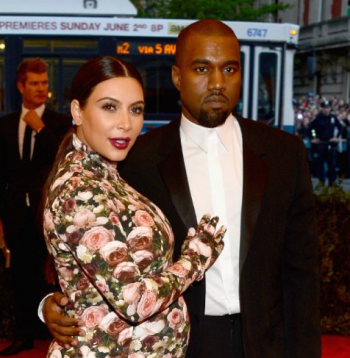 A merger between fan club and cryptocurrency? Stranger things have happened.

If you're at all familiar with cryptocurrency then you know it's not just bitcoin out there, and you probably also know that, when it comes to altcoins, almost anything goes. Except if you name your coin after Kanye West, of course; then Smithers releases the hounds. But maybe, think the makers of Kim Coindashian, his partner is the better bet, and so another altcoin is poised to enter the digital marketplace.

The Kimcoin started life not long after Coinye folded, and began as a kind of joke. However after an internal reshuffle, which apparently saw the jokers consigned to the outer darkness, the new, improved Kimcoin wants to be taken seriously. Or at least as seriously as it's possible to get, when you link your altcoin to reality TV and Disaster Movie star Kim Kardashian.

"What I want to do with Kim Coindashian is take the idea of a fan club to the next level, and also bring the idea of digital currency to the general population," says co-founder Azeem. "The cryptocurrency community and the Kardashian fans are two parallel types of people who would never meet, but a venture like this would force them to intersect." At the intersection there is publicity, and that means profit.

The Coindashian people want to take cryptocurrency mainstream, removing it from the technews section and putting it in front of the world at large. For that the coin needs a public face, and Kim is about as public as you can get. The public furore around Coinye only helps push the idea. Plus, the Kardashians like to leverage opportunities; even Kim's 72-day marriage was, it's alleged, basically a chance to collect endorsements, and to make a boatload of cash off of the wedding day. Someone like that, thinks Azeem, would jump at a chance to make a little extra cash from her brand. "I genuinely do think they [the Kardashians] would be interested."

Nothing's written in stone yet, and the Coindashian people have yet to talk to Kim's people. That's probably going to happen within a week or so; Azeem's just waiting for his moment. We'll probably be able to tell when it happens, by the mushroom cloud that'll form after Kanye implodes.