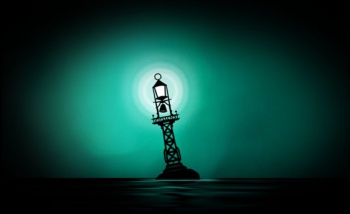 The Fallen London team has something in the works for BioWare, which should be very good news if you like story-based games.

Failbetter Games and BioWare are working on something together. If you haven't heard of Failbetter, it's the creative force behind Fallen London, an interactive-fiction browser game with some brilliant writing. If you haven't heard of BioWare, I don't believe you; the studio has created several of the most memorable stories in gaming. And now they're coming together in some kind of partnership? You should probably be excited - Failbetter certainly is.

"Keeping secrets doesn't come naturally to us," Failbetter co-founder Alexis Kennedy writes in a blog post that spills the beans on this new development. "But for the last year, on and off, we've been working in absolute secrecy on a project for a much larger company. When we've got quiet for no obvious reason, it's because we've been heads-down on this." Though Kennedy's enthusiasm is palpable, the nature of the project is still under wraps.

After the success of Fallen London, Failbetter launched the StoryNexus system for others to create their own interactive worlds. Could there be a Mass Effect or Dragon Age game in development using that system? Or something new entirely? We can't do much more than wonder at this point, but whatever's coming, expect it to have some rock-solid writing.

Of course, both studios will be reaping the benefits of this project. "I'm just glad to see BioWare getting to share our limelight," Kennedy tweeted. "It's hard for them being such an obscure niche developer."