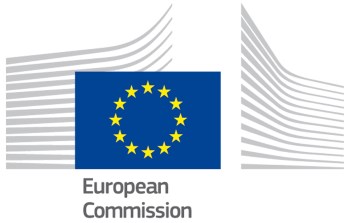 The European Commission is meeting with member states and technology companies to come up with more stringent protections for consumers who use free-to-play games.

It's no great secret that free-to-play games generally are not, in fact, free. Some are fairly gentle, allowing users to pay for personalization or "convenience" items that don't directly affect gameplay, but a great many of them place significant obstacles in the paths of gamers who don't want to pony up. It's a simple formula: If you want to play the game "properly," you're going to have to take out your wallet.

It's that bait-and-switch approach that has attracted the attention of the European Commission, the executive body of the European Union. "At present over 50 percent of the EU online games market consists of games advertised as 'free,' although they often entail, sometimes costly, in-app purchases," it said in a press release. "Often consumers are not fully aware that they are spending money because their credit cards get charged by default. Children are particularly vulnerable to marketing of 'free to download' games which are not 'free to play'."

To address the issue, the EC is holding meetings with "national enforcement agencies and large tech companies" including Google and Apple to discuss creating "proper consumer protection for apps customers." The discussions will focus on four particular issues:

"Europe's app industry has enormous potential, both to generate jobs and growth, and to improve our daily lives through innovative technology. For the sector to deliver on its potential consumers must have confidence in new products," EU Justice Commissioner Viviane Reding said. "Misleading consumers is clearly the wrong business model and also goes against the spirit of EU rules on consumer protection. The European Commission will expect very concrete answers from the app industry to the concerns raised by citizens and national consumer organizations."

The EC said the meetings will provide an opportunity for all parties to reach a "common understanding" on the matter, and that it would continue to follow up in conjunction with individual enforcement authorities as necessary.