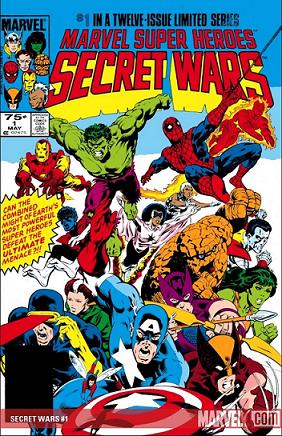 Marvel Comics' extensive digital back catalog is being offered at a limited-time subscription for new and returning members.

If you're interested in superhero comics, but aren't especially enthralled with digging through back issues to follow continuity, services like Marvel Unlimited are incredibly useful. It's basically a comic book version of Netflix, comprising a library of 15,000 digital issues that can be accessed at any time. Even better, the subscription prices are very modest compared to monthly book pricing, and you can download up to 12 issues to a mobile app. But perhaps you're looking for something else to sweeten the pot? How about this: For a limited time, Marvel Unlimited is offering its standard monthly subscription for a mere 99 cents.

The deal is being offered in conjunction with SXSW Interactive 2014, although you don't have to attend the event to gain the benefits. All new and returning Marvel Unlimited subscribers can take advantage of the discount until March 14, at which point the subscription will revert to its usual $10 price.

Marvel Unlimited doesn't provide access to issues published within the past six months, but to its credit, it offers just about everything else. Once your account is active, you can read anything from the first appearances of Spider-Man and The Avengers to the opening storylines of Marvel NOW. That's several decades worth of comic book history for a mere dollar, which even for an ongoing subscription doesn't seem like a bad trade.