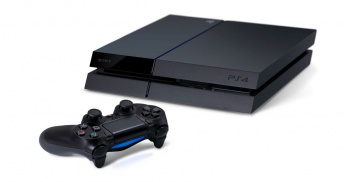 Sony has announced that the PS4 has surpassed over six million units sold worldwide following the console's launch in Japan and other impressive stats.

Sony VP of Marketing - Home Consoles and Handhelds John Koller has announced that cumulative PlayStation 4 console sales have now surpassed over six million units worldwide following its launch in Japan last month. In addition to the impressive sales figure, Koller also shared a few other impressive PS4 stats. In the United States, more than 90% of PS4s are online, which translates to more than 3.6 million live broadcasts and more than 56 million spectate sessions on the PS4 through Twitch and Ustream. Going hand-in-hand with this figure, Koller shares that since January 1, PS4 users accounted for 20% of daily broadcasters on Twitch. The DualShock 4's "Share" button has seen its fair share of use, too, as there has been more than 100 million shares captured by gamers on Facebook and Twitter.

Koller also states that people will be able to share their "greatness" in new ways, as developers are beginning to take advantage of the PS4's interactive live broadcasting feature, which allow viewers to influence live-streamed gameplay. The exec cites the upcoming Dead Nation: Apocalypse Edition for the console which will feature a built-in "Broadcast+" mode; where gamers will be able to stream their gameplay gameplay session while the viewers watching on either the PS4 or web browser will be able to influence "positive and negative" feedback effects during gameplay.

This certainly bodes well for Sony's PlayStation division. Unfortunately, we can't stack up how well the Xbox One is doing in comparison, since Microsoft has yet to release official sales figure in the past few months. However, according to the NPD Group's numbers, the PS4 is outselling the Xbox One nearly two-to-one in the US -- at least based on last month's figures.

Should Microsoft be worried that Sony is pulling away in this next-gen console battle or will this change once Titanfall and the next Halo ships for the Xbox One?