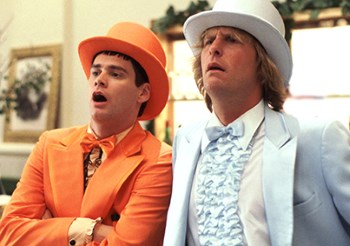 A new study has found that one in ten Americans think that HTML is something you can catch by having unprotected sex.

We live in a fast-paced, high-tech world, and according to 61 percent of respondents in a recent Vouchercloud survey, it's important to have a good understanding of technology in order to keep up with it all. Of course, not everyone is out on the bleeding edge of technology, but 11 percent of people think HTML is a sexually-transmitted disease? Seriously? I can understand not knowing what it means, or even precisely what it is - I would expect that most people don't - but how do you go from "I don't know" to "Hey, baby, I must've picked that up from a toilet seat down at the pub?"

That's not all. 77 percent didn't know that SEO stands for "search engine optimization," which is fair enough, but more than a quarter - 27 percent - think that a gigabyte is an insect commonly found in South America, and 23 percent think MP3 is a Star Wars droid. 18 percent of respondents said Blu-ray is a marine animal, and software? To 15 percent of Americans, it's comfortable clothing.

It's obviously not the most scientific study ever undertaken and some allowances have to be made for people like me, who intentionally give the worst possible answers to casual surveys like this just to throw off the numbers. And hey, lots of folks have absolutely zero interest in anything even remotely technological, and so can't be expected to know things like what a motherboard is. (Pro tip: It's not the deck of a cruise ship.) But then I think back to a previous survey revealing that 25 percent of Americans don't know that the Earth revolves around the Sun, and a part of me thinks we're lucky that this one wasn't any worse.