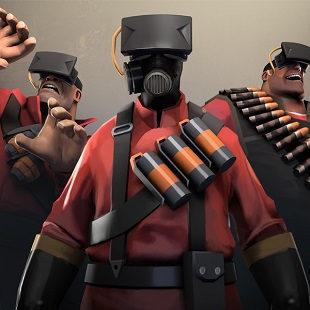 After some confusion earlier this week, Gabe Newell finally took to Reddit to answer some questions from the Gaben-loving community.

The AmA was acually an "AuA," as it featured several different Valve employees, Gabe Newell included. Some of the chatter was standard fare for a town hall format; Gabe plays games for about 20 hours a week, he loves Dota 2, and his favorite non-Valve game is, naturally, Super Mario 64.

But when the conversation turned to Valve's future, we did get some insight into what the House that Freeman Built is working on.

On Source 2: Gabe says the biggest improvement in Source 2 over the original Source engine will be, "increasing productivity of content creation," with an emphasis on fostering user-generated content (UGC).

On Half-Life 3: Absolutely nothing!

On Virtual Reality: It's not secret that Valve is interested in VR, but the developer, "[isn't] holding any game until VR is shipping." So the wait for Half-Life 3 and Portal 3 have nothing to do with Oculus, or anything else in the VR space.

With that in mind, Gabe did say that Valve is actively working on making Source 2 very "VR friendly."

On "Ricochet 2": "When we announced our products years in advance in the past and then were really late delivering them, it was pretty painful for both us and the community. We'd rather not repeat that."

You can read the AuA in its entirety here.