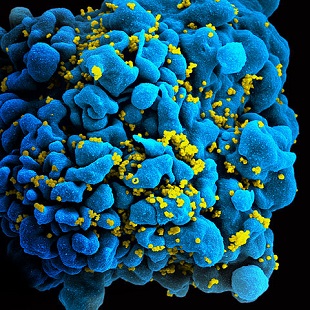 A second American baby born HIV-positive has been "functionally cured" of the disease, according to the doctors treating the child.

The news was revealed during an AIDS conference (via The New York Times) in Boston yesterday, one year after doctors announced the first such remission/cure case in a Mississippi child. The second baby girl was born in Los Angeles in April 2013, and while doctors are hesitant to use the term "completely cured," words like remission and HIV-negative are being used instead. The treatment of the babies involved high doses of AZT, 3TC and nevirapine, and the regimen is started almost immediately after birth. Dr. Audra Deveikis started the treatment on the second baby only four hours after she was born.

"Of course I had worries," said Dr. Deveikis. "But the mother's disease was not under control, and I had to weigh the risk of transmission against the toxicity of the meds."

With two remission cases in the US, and another five possible cases in Canada and South Africa, doctors are now pushing forward with an expanded trial that will see up to 50 HIV-positive babies treated in similar fashion. With the number of HIV-positive babies born in the US lower than other regions of the world, the trial will also loop in doctors and patients in South Africa and Brazil.

The first US case of HIV remission in a child, born in Mississippi, has proven to be a long-term success. The child is now three-and-a-half years old, and is still HIV-negative.