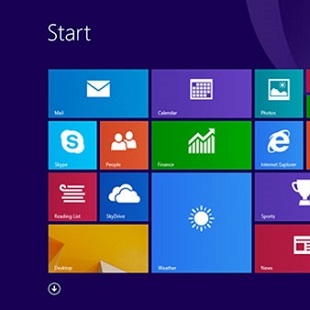 Windows 8.1 Update 1, the first major update for Microsoft's latest operating system, has no official release date, but that hasn't stopped the curious from finding the files in the Windows Update database.

The insatiable folks over on the My Digital Life Forums dug up the files, which must be downloaded in a specific order. There are links aplenty in the post, as the update is available for x86, x64, and ARM devices.

These files are legitimate, based on the URLs, but Windows novices should take pause before jumping in. You need to download and install the files in a specific order, or you risk breaking your Windows 8.1 install. If you take the plunge, let us know how it goes in the forums.

Update 1 is all about desktop tweaks and optimizations. Non-touchscreen users will be happy to see the addition of Power and Search buttons on the Start screen, among other UI tweaks. The Update will also lower the system requirements for Windows 8 (ZDNet says only 1 GB of RAM will be required), which should help the OS get on cheaper, low-horsepower devices.

Again, there's no official release date, but the same ZDNet post says April 8th is the rumored release to consumer target. MSDN TechNet subscribers will likely get the update a week or so before.