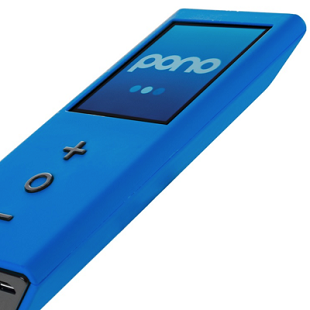 Ponomusic will offer music at a higher quality than your average smartphone or PMP.

After nearly 18 months of build-up, Neil Young's Pono music player is finally going to be available for purchase.

Originally revealed in September 2012, the Pono and its accompanying Ponomusic service have seen delays, but the device will be available for pre-order on Kickstarter later this week. The Pono will sell for $399 (although a discount is expected during the Kickstarter campaign), and it's targeting audiophiles who want music quality of the highest order.

With 128 GB of storage included (expandable via memory card), the Pono will be able to store between 100 and 500 such HiFi albums, with the music being available for download through the Ponomusic desktop app and website. Along with being higher quality than your average MP3 or FLAC file, Pono music will be completely DRM-free. Controls will be handled by three physical buttons, as well as a touchscreen LCD display.

Computer Audiophile, which scooped the press release early, also revealed the tech inside the Pono. The ESS ES9018 "digital to analog converter chip" will be responsible for filling your ears with the sweetest of notes, assuming the Pono lives up to the hype.

We'll update this post when the Kickstarter goes live, which should be on March 12th.