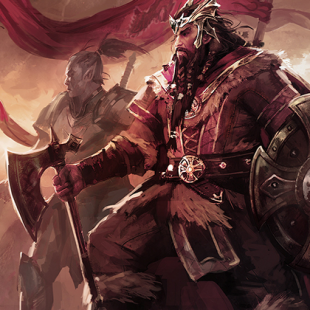 Bethesda's Pete Hines thinks that the experience offered by The Elder Scrolls Online's will be "worthy of a subscription."

While The Elder Scrolls Online has inspired more than its fair share of excitement since its announcement, there have still moments where Bethesda's plans for its new MMO left gamers feeling less than enthusiastic. The biggest of these was easily the revelation that the game would be employing a monthly subscription model, a move that many deemed foolhardy in an age where free-to-play seems to be quickly becoming the new standard. That being the case, with the game's April 4th PC launch swiftly approaching, Bethesda's Vice President of PR Pete Hines has offered a renewed defense of the game's subscription model.

"We feel pretty strongly about the support we're going to have for the game and what you're going to get for those dollars," he said. "We're also very confident in our ability to support it with content. And not content of the magnitude of, it's a new month, here's a new sword or here's a funny hat--but content that is real and significant and it feels like regular and consistent DLC releases."

In other words, while the $14.99 subscription will be pricier than other MMORPGs, Bethesda will be using the additional funds to create and release regular, substantial content. According to Hines, the company is also prepared for it to take time to win over some gamers. "We're not trying to make a game that everybody who plays games will automatically buy," he said. "It is a certain kind of game. There's no shooter elements. There's no aliens. It is a massive, 'Go where you want, do what you want' game that we think offers the kind of experience that's worthy of a subscription."

Speaking as someone who was skeptical of The Elder Scrolls Online's subscription model, I will admit to feeling a bit heartened by Hines' sentiments. Don't get me wrong, I'll be waiting to see how the whole thing pans out before I dive in. That said, the fact that Bethesda seems to have worked patience into its strategy makes me feel a bit better about the game. What do you think? Has Hines' reasoning won you over or has ESO's subscription model completely turned you off to the franchise's next big chapter?