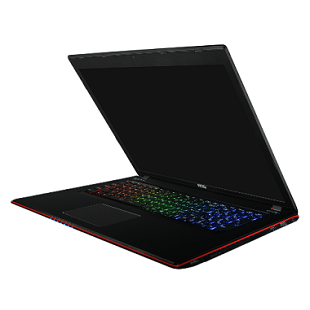 Revamped machines will ship with SteelSeries keyboards, XSplit Gamecaster, too.

Following up the hardware demo at CES 2014, MSI is making its refreshed GT Dominator and GE Apache gaming laptops a reality today, and some new Nvidia mobile GPUs are coming with them.

The GT and GE laptops will ship with Intel Core i7 CPUs, Killer-branded networking hardware, SteelSeries-made backlit keyboards, and a host of other exclusive tech. Both the Dominator and Apache lines will have 16- and 17-inch variants.

The big addition to the refreshed laptop lines? Nvidia's new GTX 800M series of laptop GPUs. Hard specs are not yet known, but Nvidia and MSI say the new 800 series chips are about 50 percent faster than the 700 series they are replacing. We'll post more info on the chips as it comes in. The 880M is the king of the hill, but Nvidia is also offering up 870M, 860M, and 850M variants.

Super RAID 2 will be back in the Dominator series, a storage configuration that offers gamers three mSATA SSDs RAIDed together, coupled with a 1 TB mechanical hard drive for media storage. The mSATA triplet configuration offers read speeds of up to 1,500 MB/sec -- about three times the speed of most single SSD drives.