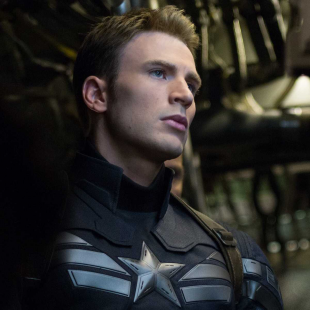 It's been nearly two years since The Avengers first hit theaters and it's still hard to believe that Marvel and Disney pulled it off. A team-up film featuring heroes from different movie franchises all connected by a consistent and developing universe? And it actually worked? When it comes to film making that's about as close as you get to a miracle. That being the case, it's a miracle arguably sitting on a precipice. Put shortly, with so many different people involved in the films, it's probably just a matter of time until someone jumps ship.

Only time will be able to tell, of course, who that winds up being. That said it probably won't be Chris Evans. The man behind Captain America's star and stripes, he recently revealed that his contact with Marvel will keep him in the character's shoes for a good long time. "I have a six-movie contract with Marvel and I absolutely plan on fulfilling them," he said. "This is without a doubt the biggest blessing in my life. Marvel has literally changed the game for me, and they make great movies."

Even with his dedication to Marvel affirmed however, Evans admitted to his growing interest in other film making endeavors. "I did direct last year and it was a really fantastic experience, I really enjoyed it," he said. "I'm certainly looking to do that a bit more, so when it comes to exploring other acting jobs I may not be as proactive in trying to find those, I may kind of stick with my Marvel universe in terms of getting in front of the camera, and then getting behind the camera outside of it." Here's hoping that the rest of the Avengers share his dedication.