The first official image of John Constantine looks like he stepped right off the pages of Vertigo's long-running series. Time for a very stiff celebratory drink.

Well, this is unexpected.

When NBC announced plans for a show based on DC and Vertigo's Hellblazer series, the response was skeptical, to say the least. But the network has today released the first image of Matt Ryan as John Constantine, lead character in the upcoming series Constantine, and for the first time, the show looks like it could actually be good. Rather than belabor the point, here it is in all its glory: 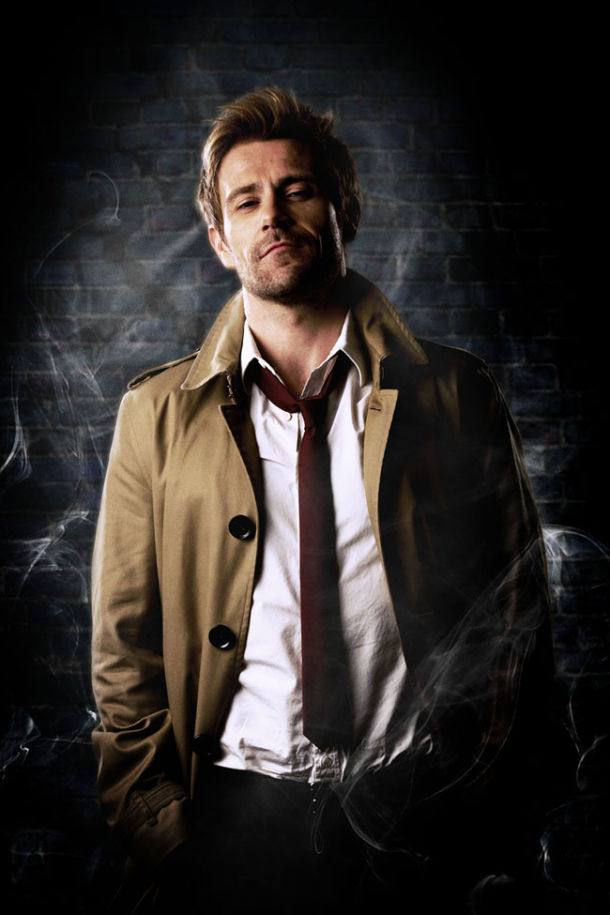 I'm going to be honest: hot. damn. Without exaggeration, this is almost exactly what John Constantine looks like in the comics, right down to the trench coat, askew necktie, and clear lack of a recent bath and shave. That's exciting if only because network television is insanely risk-averse. The temptation to make a version of Constantine that looked "realistic" or TV hot in that stupid CW way must have been high. Sure, Matt Ryan is still really handsome, but at least they're going for shitty, hungover handsome instead of, you know, Keanu Reeves.

Yes, we can rule out most of the more controversial elements associated with John Constantine. We probably won't see Constantine's bisexuality, or his prodigious smoking habit. We definitely won't see him survive terminal lung cancer by selling his soul to two demons, thus forcing them to cure him rather than risk a war over his soul. And while we're at it, we can forget about vampires who can taste AIDS in their victims' blood, lots of drug use, or the series' absolutely epic level of blasphemy too. But that doesn't mean it can't be a halfway decent supernatural detective show, just so long as they get Constantine's world-weariness, cynicism and willingness to screw over practically anyone in order to survive the messes he often creates.

Based on this image, they're at least trying. OK, NBC, well played. I definitely want to watch this pilot now. Yes, I realize this is precisely what is hoped for by the release of an image like this. But don't rain on my parade, people. At least let me wait until the pilot does that for you.