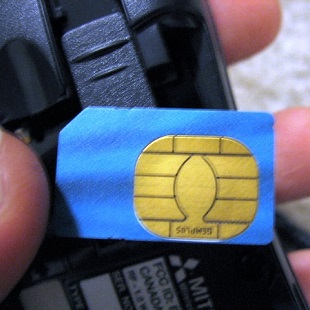 Open SIM cards could be reprogrammed for any carrier, company.

It's now legal for any company to issue carrier-free SIM cards in the Netherlands, according to the Holland government website.

Because Holland is the only country to legalize this kind of SIM card setup, don't expect any major changes in the way you use your smartphone on a network. However, if other European, Asian, and North American countries were to follow suit, carrier-free SIM cards would pave the way for maker-controlled wireless networks.

Put another way, Apple, Samsung, or other phone manufacturers could load their own custom SIM cards into their devices, bypassing carriers altogether. Non-telco companies could provide SIM cards to their employees or clients, again bypassing carriers in favor of their own networks. Setting up a wholly new network takes gross quantities of cash, so another scenario is Apple buying data and voice services from existing carriers, then selling the the services to iPhone and iPad users at a discount. No more middle man, even if their networks are still being used.

It's not just a win for smartphone makers, as other industries could make use of the new rules. As GigaOM points out, car manufacturers could equip their cars with these agnostic SIM cards, allowing your car's data service to be attached to whichever carrier you prefer. Or even better, your car comes with a SIM card that can change carriers on the fly, so the odds of hitting a data dead zone decrease.

Again, this move would need widespread adoption to truly change or revolutionize how we use mobile data with smartphones and other devices, but it's a step in the right direction.