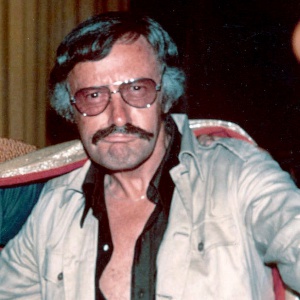 Stan the Man defends himself against claims he ripped off Jack Kirby and Steve Ditko in a frank, often hilarious, and perhaps self-serving Playboy interview.

One of the great lingering bits of unpleasantness about Marvel's 1960s golden age is the assumption that Stan Lee, in his capacity as Editor in Chief and head writer, unjustly stole much of the credit for the characters he co-created with artists like Jack Kirby and Steve Ditko, and may even have had a hand in how Marvel treated them. In fact, we wrote about it only last month.

It's certainly true that after a decade spent creating some of comics' most iconic characters, including Iron Man, Thor, Spider-Man, The Incredible Hulk, and many others, both artists left Marvel in the early 1970s under a cloud. For his part, Ditko has never spoken publicly about his reasons for jumping ship, but Kirby, already unhappy about what he was paid, bailed after Marvel offered him an insulting, punitive contract that denied him any rights to his work and even forbade him from ever taking legal action against the company.

Stan Lee's role in all that has always been somewhat unclear. Given his managerial prominence, there has also been speculation - and sometimes, accusations - that Lee may have had a hand in the way Kirby was treated. It is certainly well-known that Kirby also resented the way Lee ended up becoming the face of Marvel comics, and the way Lee's growing fame overshadowed his own contributions. When asked however, Lee has typically lavished Kirby (and Ditko) with praise for their work and reiterated that they created comics together, but has otherwise avoided addressing the matter in anything but vague terms.

That has changed, somewhat, in an interview Lee has given to Playboy Magazine. Equal parts hilarious, blunt, and riveting, it would seem that having reached age 91 and fast approaching the end of his life, his legacy is firmly on his mind. That might be why, when asked about Jack Kirby and Steve Ditko, he offered an uncharacteristically lengthy answer to matter that decently exonerates him, but lays bare the difficulties comics creators face.

"I always tried to show them in the most favorable light, even in the credits," Lee said. "There was never a time when it just said "by Stan Lee." It was always "by Stan Lee and Steve Ditko" or "by Stan Lee and Jack Kirby." I made sure their names were always as big as mine."

He went on to discuss the their employment with Marvel in more detail:

As far as what they were paid, I had nothing to do with that. They were hired as freelance artists, and they worked as freelance artists. At some point they apparently felt they should be getting more money. Fine, it was up to them to talk to the publisher. It had nothing to do with me. I would have liked to have gotten more money too. I never made an issue of it. I got paid per page for what I wrote, the same rate as the other writers-maybe a dollar a page more.

And twice, not once, I offered a job to Jack Kirby. I said to him, "Jack, why don't you work for Marvel with me?" I was the art director at the time. I said, "You be the art director. I'll just be the editor and head writer, and you'll have that security." He wouldn't do it. He didn't want to. I would have loved him to work side by side with me. I used to marvel at the way Jack drew. He would draw something as if it had appeared in his mind and he was just tracing what he had thought of already. I never saw a man draw as quickly as Jack did. "Come work with me, Jack," I said. But he said no. He didn't want a staff job. With him, as with Ditko, I don't see where they were unfairly treated.

Well, maybe not by Lee personally, but it's hard to argue Kirby at least wasn't completely screwed over. Still, for what it's worth, Stan Lee didn't have a much better deal that Kirby or Ditko. "I was always a Marvel employee, a writer for hire and, later, part of management," he told Playboy. "Marvel always owned the rights to these characters. If I owned them, I probably wouldn't be talking to you now."

Kirby's estate, by the way, recently lost a long-running lawsuit over royalties and rights from the films based on his creations. Courts ruled that Kirby, a freelancer during his Marvel years, was always work for hire and thus never eligible to receive royalties or rights of any kind. This is unlikely to put the discussion to rest, of course. But at minimum, it illustrates how easy it is for creative workers to be completely screwed over.

The full interview, in which Lee discusses everything from how he created the X-men to his (apparent) atheism, is well worth a full read. You can do so here.