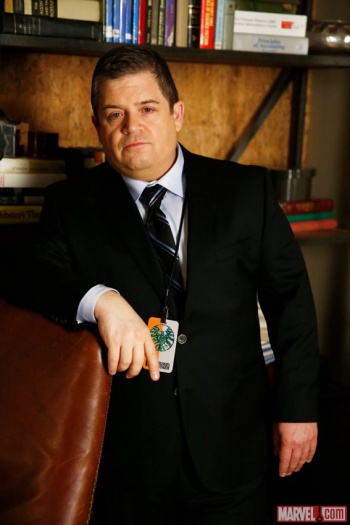 Oswalt will play Agent Eric Koenig, an older Marvel character dating back to 1966.

Marvel announced its next guest star in Agents of S.H.I.E.L.D. as Patton Oswalt. Oswalt will play the role of Agent Eric Koenig, who first appeared in the 1966 comic Sgt. Fury And His Howling Commandos #27.

An actor and a comedian, Oswalt did stand-up and has acted in various TV shows and movies. He is best known for the voice of Remy in Ratatouillie and his role in King of Queens as Spence Olchin. Oswalt also starred in an episode of Parks and Recreation where his character filibusters a city council vote in which he improvised an eight-minute proposal for a Star Wars and Marvel crossover film.

Oswalt received a call from his agent who delivered the news and asked him if he was interested in the role, to which Oswalt responded with, "hell, yes." He had worked with Agents of S.H.I.E.L.D. executive producer Joss Whedon previously on Dollhouse. "I guess I wasn't too annoying and they decided to put me on another one of his shows. So I was very lucky."

Oswalt is also a fan of the series and Marvel comics. After receiving the role, he dove into research on Koenig to see if he had some history with mysterious plot points happening in Agents of S.H.I.E.L.D.. He also feels the creators have remained faithful to the source material. "They introduced Agent Garrett, who's one of my favorite Marvel characters, and I kept asking them on the set, 'Is he going to be an android [like in the comics]?'" he said. "They're just like, 'you'll have to wait and see.' They clearly have plans."

As a fan, Oswalt also consumes much of the material; however, he says the experience of starring in something is different. "When you're in something, now you know what's coming. A big part of me is still a big consumer of this stuff. I have friends now that write some of the comics, and they'll send me issues, [but] I like having to wait until every Wednesday and get it once a month."