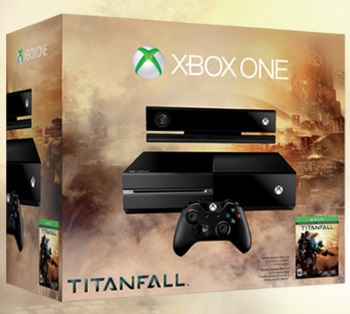 If you've been waiting for a decent deal to dive into Xbox One's big exclusive, these stores have some deals you should look at.

Titanfall has taken the gaming world by storm, and if you're still short on an Xbox One and the much-hyped title, then today may be the day to fix that. Walmart and Best Buy's websites both are currently offering a bundle deal that includes Titanfall and the Xbox One at $450, $50 less than the regular $500 price of the Xbox One alone.

In both cases, you'll have to add the bundles to your shopping cart and proceed to checkout to view the discounted price. Walmart is also offering the Xbox One, just the console, at the reduced $450 price tag and an Xbox One starter pack for $500, which includes a choice of an Xbox One game or controller.

And if you're still on the fence as Titanfall, you can check out our review for the game. "Many games claim to be the most anticipated release of their given year, but very few have a justifiable reason for making such lofty boasts. Titanfall is one of the rarities," wrote our reviews editor, Jim Sterling.