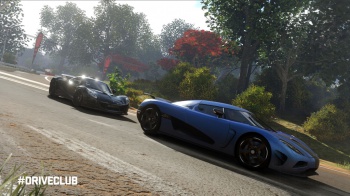 Actual numbers aren't known, but many people from each of the three affected studios are thought to have been made redundant.

Sony has confirmed layoffs at three UK game studios: Evolution (MotorStorm, DriveClub), Guerrilla Cambridge (LittleBigPlanet PS portable), and SCE London (The Playroom PS4). Actual numbers have yet to be confirmed, but are expected to be significant. Sony has also confirmed that the development of delayed former PS4 launch title DriveClub will not be affected by the layoffs.

"Regular reviews take place throughout SCE Worldwide Studios, ensuring that the resources that we have in such a competitive business can create and produce high quality, innovative and commercially viable projects," says a Sony spokesperson. "As part of this process, we have reviewed and assessed all current projects and have decided to make some changes to some of our European Studios."

SCE London is supposed to have been working on an unnamed PS4 project, after finishing up on The Playroom, while Guerrilla Cambridge's last title, the Vita shooter Killzone: Mercenary, came out in 2013.

DriveClub still hasn't got a confirmed release date. When last we heard anything about the racer, Shuhei Yoshida said that "the extra time we're giving the team means the visuals and overall experience are only going to get better. We can assure you that it will be worth the wait." Let's hope Sony's right, when it says that these layoffs won't affect development.