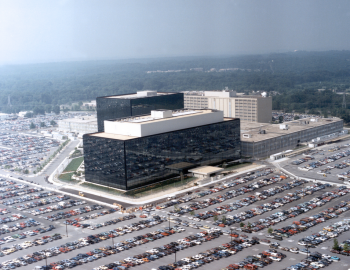 "I recognize that people were concerned about what might happen in the future with that bulk data," says President Obama.

The Snowden reveals have exposed, month after month, the lengths to which intelligence agencies will go to collect data. President Obama has now proposed reforms, aimed at putting an end to the bulk collection of telephone data, to address some of those concerns. The President has asked Congress to expedite legislation to end the bulk collection of telephone records; if all goes according to plan, the legislation is to pass within the next three months.

"I have decided that the best path forward is that the government should not collect or hold this data in bulk," the President said in a statement. "Instead, the data should remain at the telephone companies for the length of time it currently does today." Under this plan, phone companies would hold the data, and only turn it over if an order from the Foreign Intelligence Surveillance Act (FISA) Court compelled it. Any information obtained would be reviewed by FISA to ensure it is reasonable and related to an "articulable suspicion"; the inquiry would operate under an "ongoing and prospective basis," with a time limit to be determined by new legislation. The articuable suspicion guideline is key; it would replace the current Patriot Act guideline, which specifies relevance to an ongoing terror investigation.

"I am confident that this approach can provide our intelligence and law enforcement professionals the information they need to keep us safe while addressing the legitimate privacy concerns that have been raised," says Obama.

Congress is under the gun to produce legislation to fit the administration's ask. It has 430 days left to find a way to meet Obama's needs while at the same time answering all the questions left unanswered, most notably the time limit issue. Meanwhile the Obama administration has asked for current measures to be extended another 90 days, to maintain its counterterrorism capability until a new program is ready to replace it.

Administration spokespeople have yet to address the issue of the NSA's current store of data, the full extent of which is unknown but thought to include tens of millions of phone numbers and other information. Snowden, if he ever shows his face in the US again, faces felony charges.