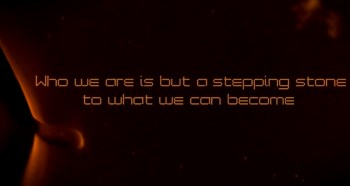 Square Enix has filed a trademark in the U.K. for Deus Ex: Mankind Divided, and Eidos Montreal looks to be getting back to work.

The third birthday of Deus Ex: Human Revolution is drifting this way, and that means it's probably time to start talking about a sequel. And what better way to kick off the speculation than with a trademark filing? Thus I give you U.K. trademark number 00003046850, owned by Square Enix Ltd., for something called Deus Ex: Mankind Divided.

What is Mankind Divided? It could be something along the lines of the mobile release Deus Ex: The Fall, but the hope (or at least my hope) is that it's a full-on sequel to Human Revolution. It was certainly good enough to deserve one and after the mess that was Thief, Eidos Montreal probably wouldn't mind directing attention back to something it did well.

It may just be coincidental timing, but Jean-Francois Dugas, the executive game director on Human Revolution, tweeted a photo from within the studio earlier this afternoon, writing, "Another meeting in the Deus Ex world. Spring has arrived for JP :)" JP is presumably Jean-Philippe Chicoine, Eidos Montreal's marketing coordinator.