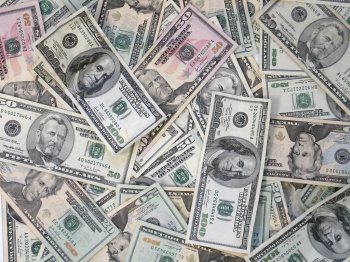 An EA-backed survey brings in a whole lot of new math to support the "freemium" business model and integrating advertising in games.

New data offers some pretty shocking predictions on the purchasing trends of the gamer population over the next few years. A study conducted among 500 gamers by IHS Technology found that 86 percent of players would rather have a free game, supported by ads and in-game transaction, than pay full price for the game itself.

IHS also forecasted that by 2017 only 10 percent of mobile and tablet games will earn their revenue through a paid download, reflecting how prevalent the freemium model will become at that time.

The study was conducted on behalf of Electronic Arts and WildTangent, a company that powers game services for different companies, including PC gaming sites used by EA. The games tracked in the study were EA freemium titles using "EA2/BrandBoost" technology, which featured in-game ads such as long form video, custom mini-games, and branded in-game content.

If a player chooses to interact with an in-game ad, they will usually be rewarded with a game item or, for games that only let you play for so long each day, additional playtime. The survey also found that gamers were more likely to play longer after experiencing an ad that game them an in-game item. The study also notes that gamer's are more positively disposed towards an ad if it happens at the beginning of a game or during a natural pause in the action.

One thing to keep in mind with this study is that it tracks people who are already playing freemium games, so the assertion that people already invested in that model would like to see more of it shouldn't be that surprising.

More information is available on the IHS survey here, but you'll need to go through a registration screen to access it.

What do you think of this data? Are these trends worth continuing or does the game industry need to get back to basics?