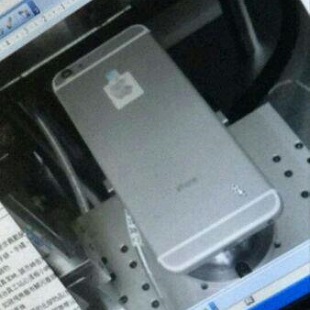 A thinner body is coming, as is a camera that sticks out.

Chalk this up as rumor/unconfirmed, for sure, but images of Apple's next iPhone body might have leaked online.

G for Games found the images through Waibo, supposedly taken by some sort of Foxconn insider. There are two images of the phone body itself, and a design/CAD sketch that shows off the protruding camera.

The body design looks a lot like the latest iPod Touch, with smooth, rounded aluminum covering the back and sides. The camera is also noteworthy, because the lens isn't flush with the rest of the back. The "thinner is better" mantra is taken to an extreme here, as the lens, optics housing needs more space than the body can provide.

Per usual, nothing has been confirmed about the next iPhone from Apple. We're expecting a late Summer or early Fall release (the iPhone 5S launched in the US in September 2013), and the rumors -- pictures or not -- keep referencing a thinner bezel around the screen, and a redesigned aluminum housing. Thinner borders and a new back? Par for the new smartphone course, I suppose.