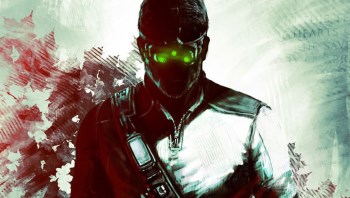 X-Men: First Class writer Sheldon Turner has been tasked with cooking up a new script for the Splinter Cell film.

Tom Clancy's Splinter Cell has taken another step toward the big screen with the addition of screenwriter Sheldon Turner, who has been hired to come up with a new draft of the script. Turner's previous writing credits include The Longest Yard remake, The Texas Chainsaw Massacre: The Beginning, Up in the Air and X-Men: First Class. He also wrote the screenplay to Everest, the tale of George Mallory's attempt to summit Mount Everest, which has since been put on hold by Sony Pictures. In a fun twist, that film is set to be directed by Doug Liman and will star Tom Hardy; Liman is also signed to helm the Splinter Cell film, while Hardy is set to play the role of lead character Sam Fisher.

Movies based on video games have a pretty dodgy history but Splinter Cell would appear to be an ideal candidate for the transition. It has action, adventure, political intrigue, occasional bits of dark humor and a lead character who is actually a character, rather than a mute, faceless gunboat. Of course, you could say much the same about Max Payne and we all know how that turned out, but a little bit of optimism never hurt anyone. On a personal level, I'll be much more interested in the film if it's based on the grizzled, Michael Ironside version of Sam Fisher rather than the young, hot-to-trot whatshisface new guy, but with Hardy in the lead role that doesn't seem likely - and given that I haven't played a Splinter Cell game since Chaos Theory, it's an opinion that probably doesn't count for much anyway.

Shooting on Splinter Cell is expected to begin in August.